Many of my patients have asked me about Ephedra in the last couple of months and wanted to know if it was dangerous. The FDA put a consumer warning on Ephedra products after numerous consumers reported adverse effects after taking ephedra-based pills for weight loss. The FDA will most likely completely ban ephedra-based products but has put in exceptions for the usage of Ephedra in Traditional Chinese Medicine.

With a little basic understanding of Traditional Chinese Medicine, it becomes apparent that Ephedra (or Ma Huang as the Chinese call it) has both the potential for beneficial use and dangerous abuse. Ma Huang has been used for over 5000 years in Asia for treatment of acute respiratory infections, allergies and exacerbated asthmatic conditions. In the early part of the century, Chinese researchers isolated the substance ephedrine from the plant, and today China remains the principal supplier of this important asthma drug. Clinically, as a Chinese medical practitioner, the usage of Ma Huang is not used for these conditions unless they present a particular set of symptoms that Ma Huang is effective for. In the framework of Chinese Medicine, Ma Huang is used for diaphoretic effect when a pathogen is obstructed in the body and the patient shows chills, fever, headache, an absence of sweating and most importantly a floating pulse (pulse taking is a diagnostic procedure used by most acupuncturists and Chinese herbalists). When taken for a flu virus with clear runny mucus, ephedra can cause elevate temperature rapidly and disable a virus very effectively. Ephedra has a well documented diaphoretic and antiviral effects and has been proven to be vasoconstrictive and to raise blood pressure. Though the effect is mild, it is prolonged and Chinese medicine cautions against taking Ephedra except for short-term usage as the heavy sweating weakens the body, especially the heart, over time.

The dangerous side of Ephedra appeared when it was appropriated out of its cultural context and traditional usage by weight-loss pill manufacturers in the United States. While extreme sweating and an elevated body temperature will result in weight loss, it is neither safe nor a correct usage of Ma Huang. Traditional Chinese Medicine never uses ephedra for weight loss and it is contraindicated in our herbal manuals for long-term usage. In the FDA’s files of adverse reports, there have been numerous people who have reported strokes, arrhythmias and heart attacks. In addition to the FDA’s warning, Ma Huang can also cause insomnia, restlessness and tremors with inappropriate usage.

Ephedra is a useful medicine, but not one that should be used with out professional guidance. It should not be used for weight loss but if that is the goal, Chinese medicine has other herbs that can promote weight loss in a safe and effective way. 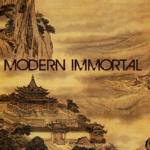